Should we restrict bats to farm barns?

Should we restrict bats to farm barns? This seemed to be the suggestion of Sir Tony Baldry, Second Church Estates Commissioner, who stated in a Westminster Hall debate1 last Tuesday (25th June 2013) “Churches are not farm barns. They are places of worship and should be respected as such”. The debate, led by Sir Tony, focussed on how it should be easier for churches to get rid of bats causing problems for congregation and cast around for people to blame, fixing upon the EU for the offending legislation, and the Bat Conservation Trust (BCT) who he said had “ singularly failed to solve the problem”. 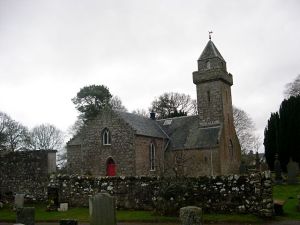 So, for this blog, let’s have a look at some of the claims about bat roosts and legislation that were raised during the “debate” (such that it was) and the ensuing coverage.

1. That the offending EU legislation was imposed upon us. Sir Tony cited the Parliamentary Under-Secretary of State for Environment, Food and Rural Affairs Richard Benyon stating that “it cannot have ever been the intention of those who imposed this directive on us to limit the ability of people to worship in a church that has been there for centuries”. The directive referred to here is the European Union Habitats Directive under which all European bat species and their roosts are protected. This accusation is a favourite of the tabloids and pretty much anyone who wants to have a go at the EU for whatever reason. This neatly ignores the fact that the UK was party to introducing this legislation and signed up to it! The European Commission cannot impose law on EU countries, it can only propose legislation. Besides which, much of the protection afforded to bats under the directive bats already existed under UK legislation (the Wildlife and Countryside Act) dating back to 1981.

2. That the EU Habitats Directive makes it impossible to exclude bats. The Daily Mail responded to the debate with an article2 stating that “they [bats] are impossible for church authorities to remove under EU law”. This is not true – there is provision in the legislation for what are called derogations to the Habitats Directive. This would entail getting a licence to exclude bats from buildings although this is subject to what are called derogation tests to ensure that the activity is both necessary and will not harm bat populations. Since the debate took place a spokesman for European Environment Commissioner Janez Potočnik cast doubt on the MP’s arguments and said churches had the power to deal with the issue in a “pragmatic manner”. “All European bat species are indeed strictly protected by Article 12 of the Habitats Directive, which means that capture, killing, deliberate disturbance and destruction of their breeding sites and resting places is prohibited. But member states can derogate from the strict protection based on Article 16 of the Habitats Directive. One reason for doing this would be to prevent serious damage to property. The Commission is therefore convinced that it is possible to protect both bats and churches”. The problem for churches in obtaining such licences is that some of the species that commonly use such buildings are relatively rare and known roosts are scarce, which makes satisfying the third derogation test (that the action should maintain the favourable conservation status of the species) hard to verify. 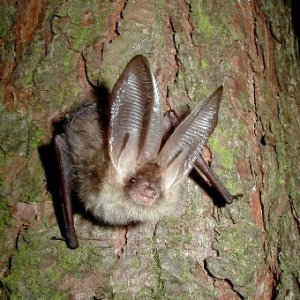 3. If only churches were allowed to exclude “problem” bat roosts everything would be alright. To anyone unfamiliar with this subject you could easily get the impression that any problems with bat roosts can be dealt with if only people were allowed to exclude. Successful exclusions can actually be quite difficult to achieve, particularly in old buildings with many gaps and crevices that are easily accessible to a small mammal with wings; our smallest bats can gain access to buildings with crevices as small as 15mm. Furthermore, just as some people like to go on holiday to the same place each year, some bats, particularly females raising their young, show a tendency to return to the same roost each spring. To be fair this point was well made by Minister Richard Benyon who responded to Sir Tony’s accusations in a somewhat more conciliatory tone (though I did feel it was a shame he felt the need to outline preliminary results of a research project3 that has not yet finished collecting data). 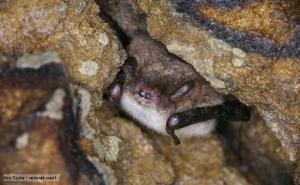 4. That there is a health risk from being in close proximity to a bat roost. This was possibly the worst and most irresponsible aspect of the debate. Sir Tony quoted at great length from a study published earlier this year by the Royal Society4, citing bats as carriers of zoonotic viruses and suggesting that this was a valid  reason for being allowed to exclude bats. The paper cited primarily focussed on bats in Africa and Asia and viruses not known in Europe and its use in the debate dismayed the authors of the study; as the lead author Dr Luis explained “I do find this use of our paper disturbing. None of these dangerous viruses are known to occur in the UK”. British bats are not known to host zoonotic viruses with the exception of the Lyssavirus genus (a rabies-like virus) which, in 25 years of testing over 10,000 UK bats, has only been found in ten bats. There is no risk to the public if they do not handle bats. There is also no evidence to suggest that, in the UK, bat urine or droppings carry any diseases that are harmful to humans.

To go back to Sir Tony’s accusation – have BCT “singularly failed to solve the problem”? In response I would ask these questions: i) Are BCT responsible for bats using churches? No; ii) Are BCT responsible for the habitat destruction which has made churches such important places for some bats to roost? No – bats have undoubtedly been living in churches since they were first built but they now have fewer alternatives; iii) Are BCT helping churches deal with issues they may have with bats? Yes – they run a helpline5, on behalf of Natural England, which provides free advice and volunteer support to churches (in 2012 there were 362 calls from churches resulting in 205 free site visits where guidance and support was offered), and they have a churches officer whose role it is to ensure the needs of both people and bats are met in the churches bats use. They are also heavily involved with research being carried out at Bristol University to encourage bats to move to less sensitive areas of churches without being harmed3. Does this sound like failure to you?

I am not denying that large bat roosts can sometimes cause problems for roost owners and this includes churches. We do need to look at ways of developing practical solutions for such instances to help roost owners at the same time as supporting bat species, which have undergone widespread and substantial population declines. But should bats be restricted to farm barns? This would be difficult since many of the barns bats previously used have been converted as homes or demolished to make way for more modern constructions that are less suitable. It seems to me this comment is just another way of trying to keep nature in its place – that species conservation is all very well as long as it doesn’t inconvenience us in any way.

Links to sources cited in blog:

3  Research on bats and churches: http://www.batsandchurches.org.uk/

← Where to go on holiday in Europe for nature lovers – or the cross-border funding shortfall
Living on the edge – why should we bother conserving edge-of-range populations? →

One Comment on “Should we restrict bats to farm barns?”